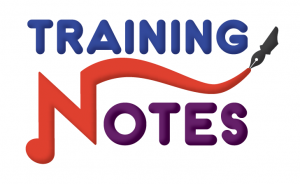 When installed, the ansible package provides a base configuration file located at /etc/ansible/ansible.cfg.

Priority in which the configuration files are processed:

To find out what config file is in use, run the following:

To get started, copy configuration files to the home directory:

Note the maximum number of simultaneous connections that Ansible makes is controlled by the forks parameter in ansible.cfg:

There is a special group named “all” that matches all managed hosts in the inventory.

There is also a special group named “ungrouped” which matches all managed hosts in the inventory that are not members of any group.

Quote host patterns used on the CLI to protect them from unwanted shell expansion:

Multiple entries in the inventory can be referenced using lists:

If you have static and dynamic inventory files in the same directory, then they are merged and treated as one inventory!

Show inventory for all:

Target two inventories from the command line like this:

Aggregating inventory sources with a directory::

How to set the default user to use for playbooks in ansible.cfg:

Creating a user sam in the labservers group:

Adding user sam to the wheel group. Append parameter is needed due to we dont wan’t to wipe out group file:

Use the copy module to change content of a file:

Creating a file on managed host in user directory:
Shell

Informations about the file:

Changing properties of the file:

Note: if possible, try to avoid the command, shell and raw modules in playbooks! It’s easy to write non-idempotent playbooks this way.

Ansible executes plays and tasks in the order they are presented! How to check for YAML syntax errors:

Which host(s) the playbook applies to?

Whats tasks will be performed?

Run one task at a time:

The beginning of each play begins with a single dash followed by a space.

To only run the first task, the –tags argument can be used:

For each play in a playbook, you get to choose which machines in your infrastructure to target and what remote user to complete the steps as. You can use keyword become on a particular task instead of the play:

Including and Importing Files

When you import content, Ansible processes imported content when the playbook is initially read, before the run starts.

Note that include was replaced in Ansible 2.4 with new directives such as:

You can find documentation in ansible-doc command.

These can be used to enhance the ability to reuse tasks and playbooks:

if filename prepend with @

If the value to be defined varies for each host in every datacenter, using host variables is recommended:
Shell

The directory structure for project, if it contained all of the example files above, might look like this:

Whether or not you define any variables, you can access information about your hosts with the Special Variables Ansible provides, including “magic” variables, facts, and connection variables.

The most commonly used magic variables are:

The group_names variable contains a list of all the groups the current host is in. We can use it to install specific packages:

The hostvars variable lets you access variables for another host, including facts that have been gathered about that host.

How to print facts for all hosts?

Before Ansible 2.5, facts were injected as individual variables prefixed with the string ansible_ instead of being part of the ansible_facts variable.

At the time of writing this, Ansible recognises both the new fact naming system (using ansible_facts) and the old pre 2.5 naming system where facts are injected as separate variables.

You can use an ad-hoc command to run the setup module to print the value of all facts:

Some commonly used facts. In no particular order:

To disable fact gathering for a play, you can set the gather_facts keyword to “no”:

Custom facts can be defined in a static file, formatted as an INI file or using JSON and placed in /etc/ansible/facts.d and the file name must end in .fact.

They can also be executable scripts which generate JSON output, just like a dynamic inventory script. Note that custom fact files cannot be in YAML format!

On the controlnode we can print local facts from the managedhost1:

Since Ansible 2.5, the recommended way to write loops is to use the loop keyword. The old syntax used loops prefixed with with_.

Logical AND and OR operations are supported:

Loops and conditionals can be combined:

Lookup plugins allow access to outside data sources. Lookups occur on the local computer, not on the remote computer. One way of using lookups is to populate variables:

Handlers always run in the order specified by the handlers section of the play. A handler called by a task in the tasks part of the playbook will not run until all of the tasks under tasks have been processed.

If a task fails and the play aborts on that host, any handlers that had been notified by earlier tasks in the play will not run. Use the following to force execution of the handler:

The file module acts like chcon when setting file contexts:

A file containing a Jinja2 template does not need to have any specific file extension.

Use the template module to deploy it:

The original way to use roles is via the roles: option for a play:

Changing a role’s behavior with variables:

As of Ansible 2.4, you can use roles inline with any other tasks using import_role or include_role:

The order of execution for your playbook is as follows:

Role dependencies are always executed before the role that includes them, and may be recursive.

Search for roles from the CLI:

Ansible Galaxy is a public library of Ansible roles written by users. Similar to Puppet Forge. Install a role from Galaxy:

To define role source, use requirements.yml:

How to generate SHA512 crypted passwords for the user module? The answer is taken from Ansible FAQ.

Meta tasks are a special kind of task which can influence Ansible internal execution or state. Choices:

Example meta task for how to run handlers after an error occurred:

Note that meta is not really a module as such it cannot be overwritten.

When ansible-playbook is executed with --check or -C it will not make any changes on remote systems. To modify the check mode behavior of individual tasks, you can use the check_mode option:

The above will force a task to run in check mode, even when the playbook is called without --check.

Ansible includes a debugger as part of the strategy plugins. This debugger enables you to debug as task.

The debugger keyword can be used on any block where you provide a name attribute, such as a play, role, block or task.

Playbooks will stop executing any more steps on a host that has a task fail. To ignore this behaviour, set ignore_errors to true:

This is useful when you expect a task to fail. For example, you are checking if Apache website is reachable. It may be unreachable, but you don’t want the play to fail because of that.

There may be a need to only run a task one time for a batch of hosts. This can be achieved by configuring run_once on a task:

There will be cases when you will need to abort the entire play on failure, not just skip remaining tasks for a host, to avoid breaking the system. The any_errors_fatal play option will mark all hosts as failed if any fails, causing an immediate abort:

These are some of the keywords available on common playbook objects.

It can be useful to define default arguments for a particular module using the module_defaults attribute:

It is a time saver when you need to use the same module repeatedly.

Check syntax of a playbook that uses the vault file:

Create a password file to use for the playbook execution:

Tips for making the most of Ansible and Ansible playbooks.

When writing playbooks in vim editor, modify its action in response to Tab key entries. Add the following line to $HOME/.vimrc. It will perform a two space indentation when the Tab key is pressed.