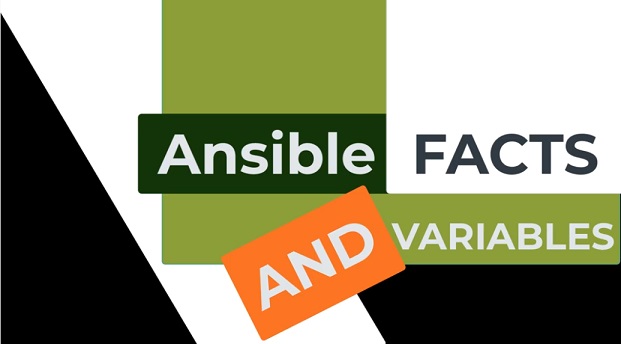 Ansible supports variables that can be used to store values that can be reused throughout files in an entire Ansible project. This can help simplify creation and maintenance of a project and reduce the incidence of errors.

Scope of variables
Variables can be defined in a bewildering variety of places in an Ansible project. However, this can be simplified to three basic scope levels:

When writing playbooks, administrators can use their own variables and call them in a task. For example, a variable web_package can be defined with a value of httpd and called by the yum module in order to install the httpd package.

It is also possible to define playbook variables in external files. In this case, instead of using vars, the vars_files directive may be used.

The playbook variables are then defined in that file or those files in YAML format:

Once variables have been declared, administrators can use the variables in tasks. Variables are referenced by placing the variable name in double curly braces.

Important
When a variable is used as the first element to start a value, quotes are mandatory. This prevents Ansible from considering the variable as starting a YAML dictionary. The following message appears if quotes are missing:

• This is a host variable, ansible_user, being defined for the host demo.example.com.

• In this example, a group variable user is being defined for the group servers.

• Finally, in this example a group variable user is being defined for the group servers, which happens to consist of two host groups each with two servers.

Among the disadvantages of this approach, it makes the inventory file more difficult to work with, mixes information about hosts and variables in the same file, and uses an obsolete syntax.

Important
The recommended practice is to define inventory variables using host_vars and group_vars directories, and not to define them directly in the inventory file or files.

To define group variables for the group servers, a YAML file named group_vars/servers would be created, and then the contents of that file would set variables to values using the same syntax as a playbook:

The following examples illustrate this approach in more detail. Consider the following scenario where there are two data centers to manage that has the following inventory file in ~/project/inventory:

• If a general value needs to be defined for all servers in both datacenters, a group variable can be set for datacenters:

• If the value to be defined varies for each host in every datacenter, using host variables is recommended:

The directory structure for project, if it contained all of the example files above, might look like this:

Variables and arrays
Instead of assigning a piece of configuration data that relates to the same element (a list of packages, a list of services, a list of users, etc.) to multiple variables, administrators can use arrays. One interesting consequence of this is that an array can be browsed.
For instance, consider the following snippet:

This could be rewritten as an array called users:

Users can then be accessed using the following variables:

Because the variable is defined as a Python dictionary, an alternative syntax is available.

Important
The dot notation can cause problems if the key names are the same as names of Python methods or attributes, such as discard, copy, add, and so on. Using the brackets notation can help avoid errors. Both syntaxes are valid, but to make troubleshooting easier, it is recommended that one syntax used consistently in all files throughout any given Ansible project.

Registered variables
Administrators can capture the output of a command by using the register statement. The output is saved into a variable that could be used later for either debugging purposes or in order to achieve something else, such as a particular configuration based on a command’s output. The following playbook demonstrates how to capture the output of a command for debugging purposes:

When the playbook is run, the debug module is used to dump the value of the install_result registered variable to the terminal.

Example 1. of playboook with variables.

The playbook writes to the inv.txt  list of host which belongs to the labservers groups.

We can modificate playbook9 to use jinja filter:

Now the the servers will be listed with spaces:

We have a file users.lst in the yaml format:

The plabook below will read the yaml file and write the users to the list file:

We run the playbook ant put the variables from file by adding -e parameter:

In this example you will create a playbook that installs the Apache web server
and opens the ports for the service to be reachable. The playbook queries the web server to ensure it is up and running.

Createing a new playbook, playbook.yml, for all hosts. Using the yum module, install the package specified by the package variable.

Run the playbook using the ansible-playbook command. Watch the output as Ansible installs the httpd package.

Run an ad hoc command to ensure the httpd package has been successfully installed.

Create the group_vars directory and a new file group_vars/dbservers to set
the variable package to mariadb-server for the dbservers host group in the
recommended way.

Run the playbook again using the ansible-playbook command. Watch Ansible install the mariadb-server package. The package variable for the more specific host group dbservers took precedence over the one for its parent host group servers.

The output indicates the variable defined for the hosts group has been overridden.

Run an ad hoc command to confirm the mariadb-server package has been successfully installed.

Run the playbook again. Watch the output as Ansible installs the screen package. The host-specific value of the package variable overrides any value set by the host’s host groups.

Run an ad hoc command to confirm the screen package has been successfully installed.

Run the ansible-playbook command again, this time using the -e option to override the package variable.

Run an ad hoc command to confirm the mutt package is installed.