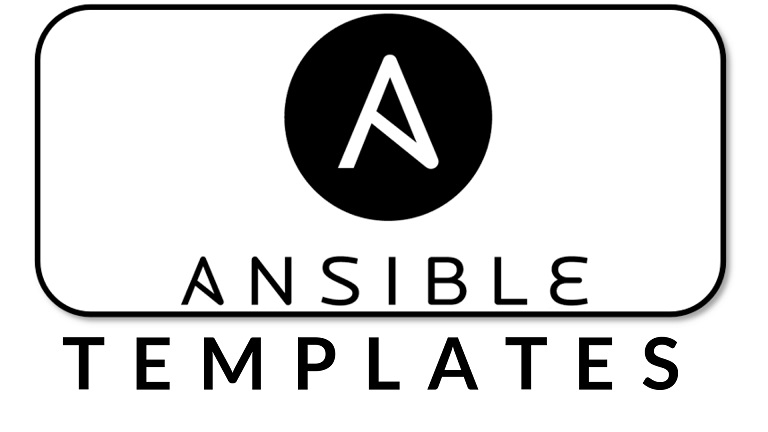 Delimiters
Variables or logic expressions are placed between tags, or delimiters. For example, Jinja2 templates use {% EXPR %} for expressions or logic (for example, loops), while {{ EXPR }} are used for outputting the results of an expression or a variable to the end user. The latter tag, when rendered, is replaced with a value or values, and are seen by the end user. Use {# COMMENT #} syntax to enclose comments.

In the following example the first line includes a comment that will not be included in the final file. The variable references in the second line are replaced with the values of the system facts being referenced.

Issues to be Aware of with YAML vs. Jinja2 in Ansible

The use of some Jinja2 expressions inside of a YAML playbook may change the meaning for those expressions, so they require some adjustments in the syntax used.

1. YAML syntax requires quotes when a value starts with a variable reference ({{ }}). The quotes prevent the parser from treating the expression as the start of a YAML dictionary. For example, the following playbook snippet will fail:

Instead, use the following syntax:

2. When there is a need to include nested {{…}} elements, the braces around the inner ones must be removed. Consider the following playbook snippet:

Ansible raises the following error when it tries to run it:

Use the following syntax instead. It will run without error.

Now the playbook will run without error.

And now we can create a playbook which will use this template:

We can run to see what this playbook do:

We can modifiy the j2 template and playbook8 will return other txt file:

The playbook below has two plays. First play if for group webservers. This play has two tasks. Task related with yum installs the latest httpd package. Task second is template whis puts the text to do httpd.conf fiile. The second play also have two tasks. It installs the postgres and ensure that service is started.

2. Create a template for the Message of the Day. Include it in the motd.j2 file in the current directory.  Include the following variables in the template:

3. Create a playbook in a new file in the current directory, named motd.yml. Define the system_owner variable in the vars section, and include a task for the template module, which maps the motd.j2 Jinja2 template to the remote file /etc/motd in the managed hosts. Set the owner and group to root, and the mode to 0644.

4. Run the playbook included in the motd.yml file.

5. Log in to servera.lab.example.com using the devops user, to verify the motd is displayed when logging in. Log out when you have finished.

1. Create the inventory file. This file configures one group: servers. Include the system serverb.lab.example.com in the servers group.

4. Create a new playbook file, named motd.yml. Using the template module, configure the motd.j2 Jinja2 template file previously created, to be mapped to the file /etc/motd in the managed hosts. This file has the root user as owner and group, and its permissions are 0644. Configure the playbook so it uses the devops user, and setup the become parameter to be true.

5. Run the playbook included in the motd.yml file.

6. Check that the playbook included in the motd.yml file has been executed correctly. Log in to serverb.lab.example.com using the devops user, to verify the motd is displayed when logging in. Log out when you have finished.