RDS is a Database as a Service (DBaaS) product. It can be used to provision a fully functional database without the admin overhead traditionally associated with DB platforms. It can perform at scale, be made publicly accessible, and can be configured for demanding availability and durability scenarios. 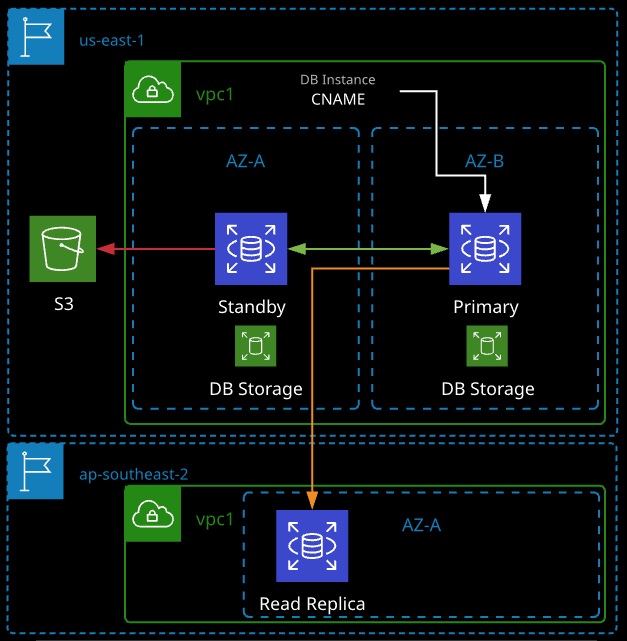 RDS can be deployed in single AZ or Multi-AZ mode (for resilience) and supports the following instance types:

Two types of storage are supported:

RDS instances are charged based on:

Network access to an RDS instance is controlled by a security group (SG) associated with the RDS instance.

RDS is capable of a number of different types of backups. Automated backups to S3 occur daily and can be retained from 0 to 35 days (with 0 being disabled). Manual snapshots are taken manually and exist until deleted, and point-in-time log-based backups are also stored on S3. 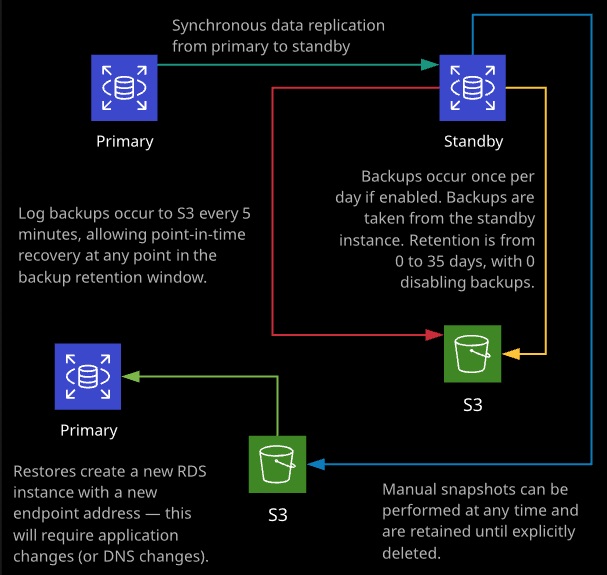 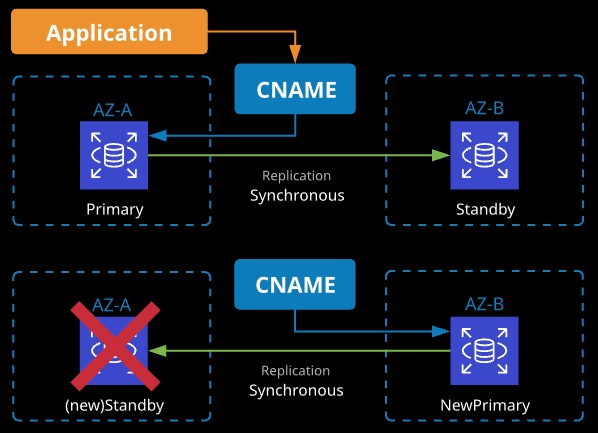 Replication of data is synchronous — it’s copied in real time from the primary to the standby as it’s written. The primary and master each have their own storage. Backups are taken using the standby, ensuring no performance impact. Maintenance is performed on the standby first, which is then promoted to minimize downtime. 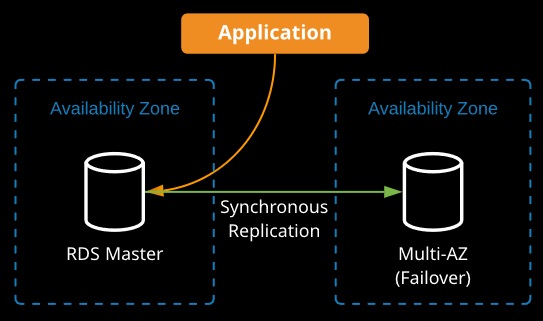 AWS will perform the following steps:

Read Replicas are read-only copies of an RDS instance that can be created in the same region or a different region from the primary instance. 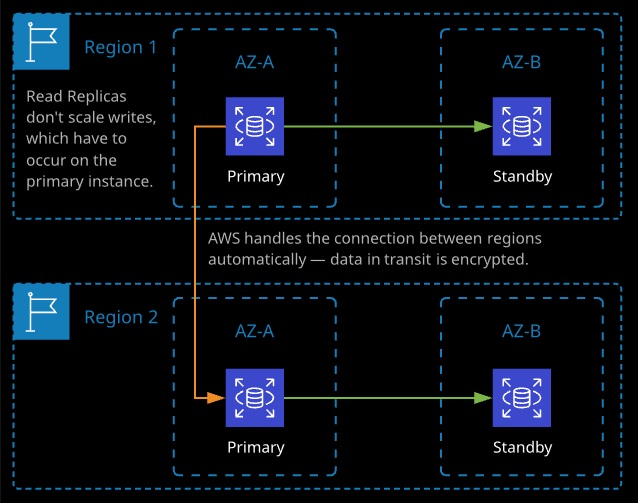 Reads from a Read Replica are eventually consistent — normally seconds, but the application needs to support it.

Scenario: You need to pull data for analysis, but you don’t want to degrade performance on your production database.

Solution: Create a read replica that’s only used for this reason.

What Can Trigger a Failover? 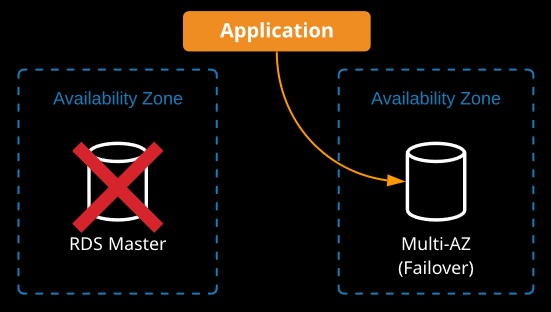 How Do Failovers Work?

1. Amazon detects an issue and starts the failover process.

2. DNS records are modified to point to the standby instance.

How Do We Know When a Failover Happens?

Monitoring for performance and availability