A Direct Connect (DX) is a physical connection between your network and AWS either directly via a cross-connect and customer router at a DX location or via a DX partner.

Dedicated Connections are direct via AWS and use single-mode fiber, running either 1 Gbps using 1000Base-LX or 10 Gbps using 10GBASE-LR.

Virtual interfaces (VIFs) run on top of a DX. Public VIFs can access AWS public services such as S3 only. Private VIFs are used to connect into VPCs. DX is not highly available or encrypted. 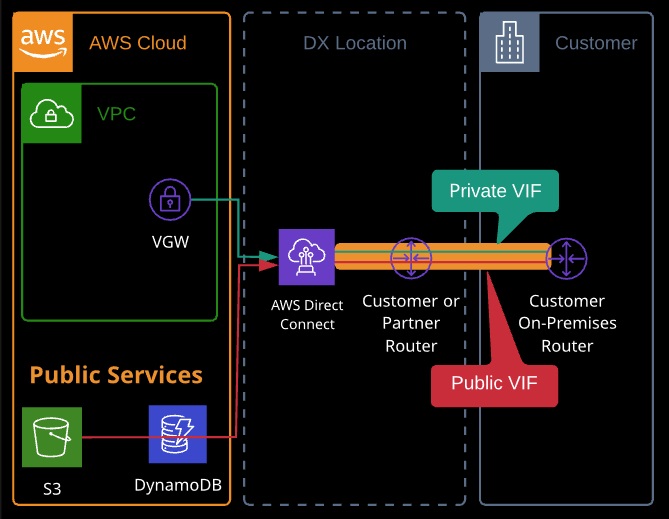 Dedicated link from your internal network to AWS: 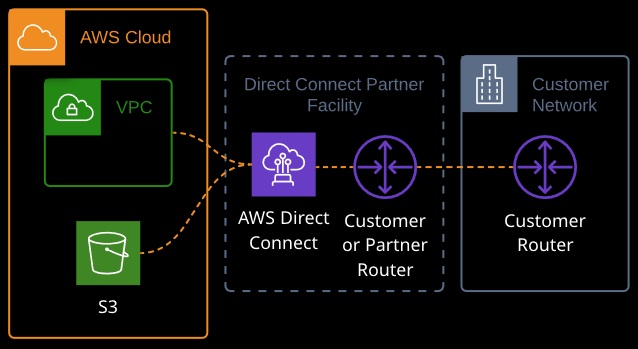 Choosing between Direct Connect (DX) and VPC VPN is a critical part of any connectivity-based exam questions.