Security features in Amazon VPC include:

Security groups are software firewalls that can be attached to network interfaces and (by association) products in AWS. Security groups each have inbound rules and outbound rules. A rule allows traffic to or from a source (IP, network, named AWS entity) and protocol.

They are stateful — meaning for any traffic allowed in/out, the return traffic is automatically allowed. Security groups can reference AWS resources, other security groups, and even themselves. 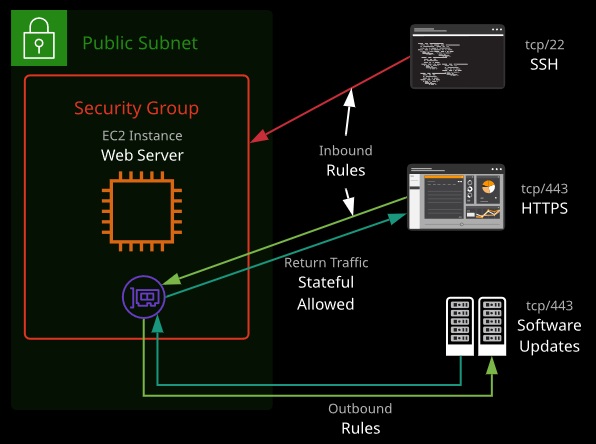 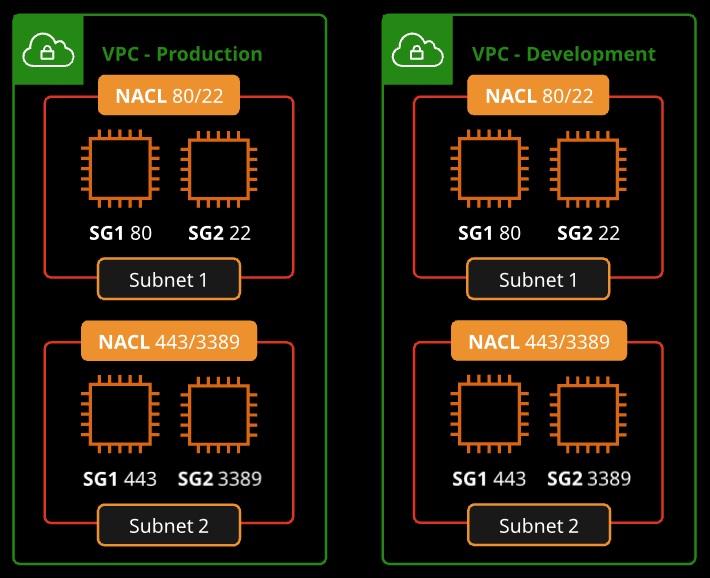 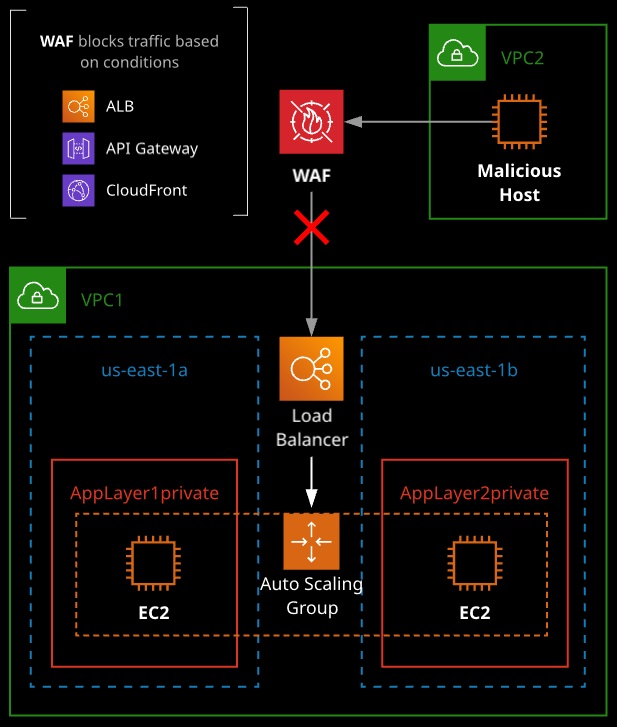 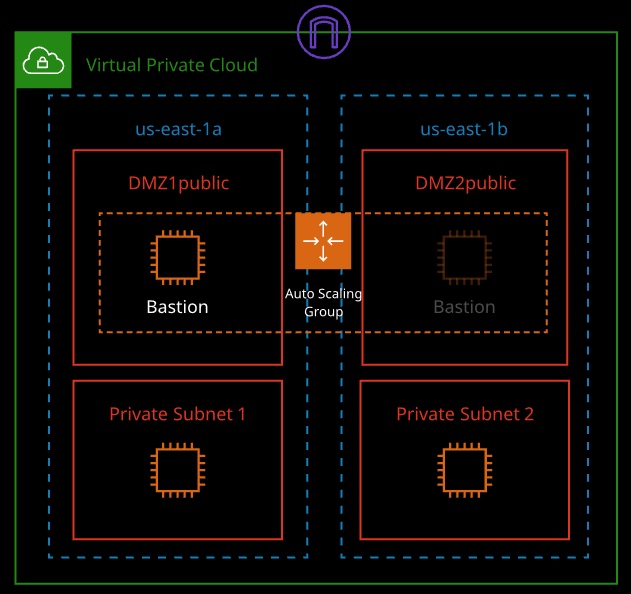