Types of IDF include:

Cognito and the Secure Token Service (STS) are used for IDF. A federated identity is verified using an external IDP and by proving the identity (using a token or assertion of some kind) is allowed to swap that ID for temporary AWS credentials by assuming a role. 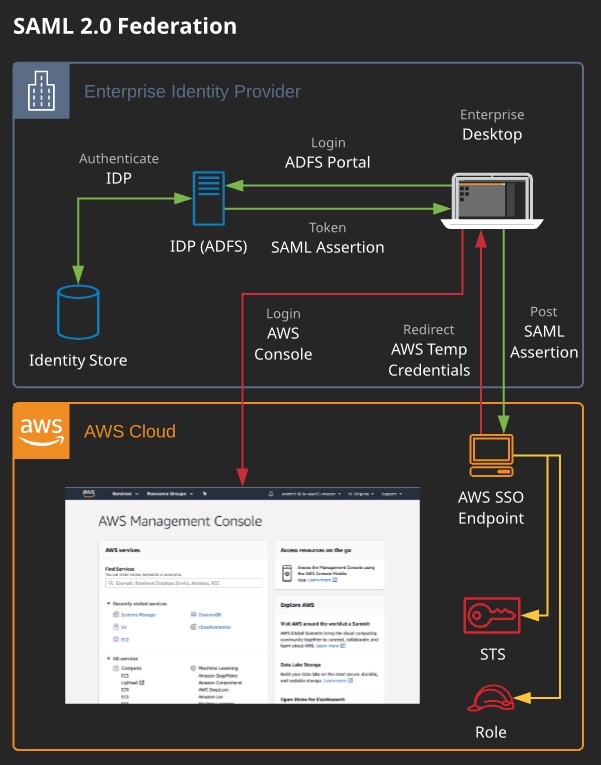 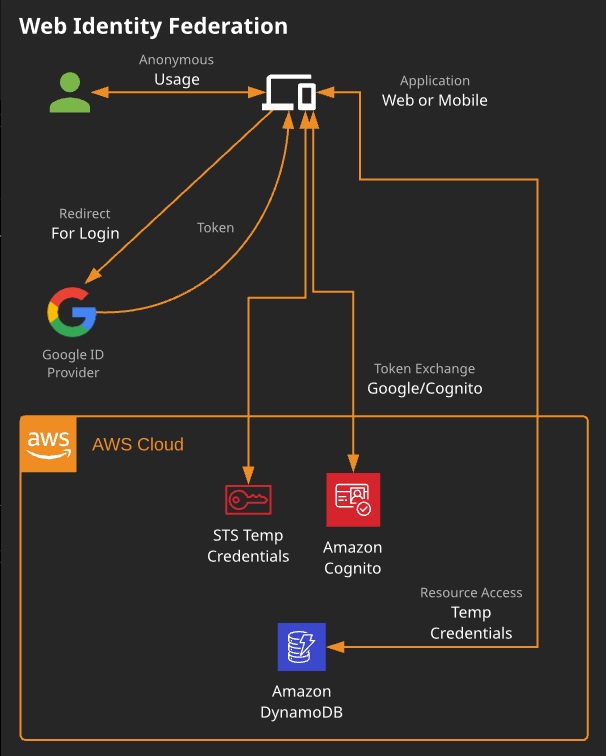