User Data in EC2 for CloudFormation

Let’s see how to do this in CloudFormation. We have such an yml file: 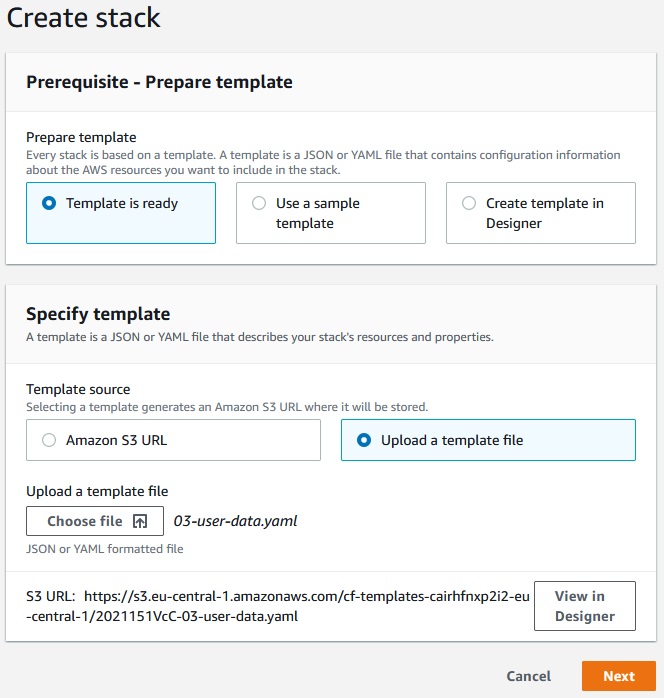 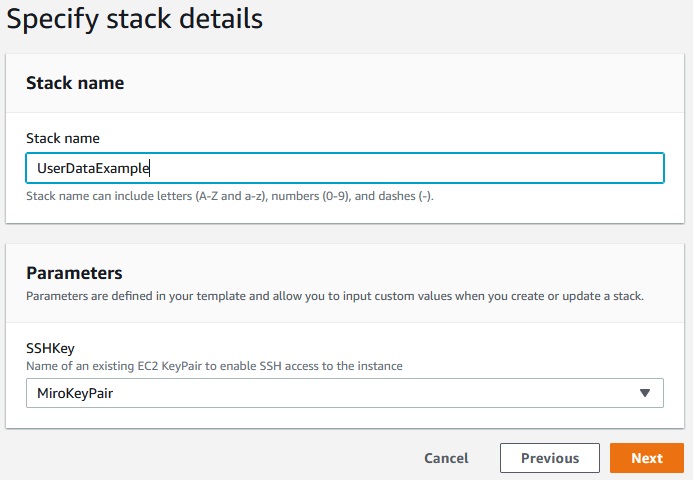 After the EC2 instance has been created we can check the public DNS address of the EC2 and go to that adress in the browser:

We can connect to the EC2 through SSH and check the output of user data: 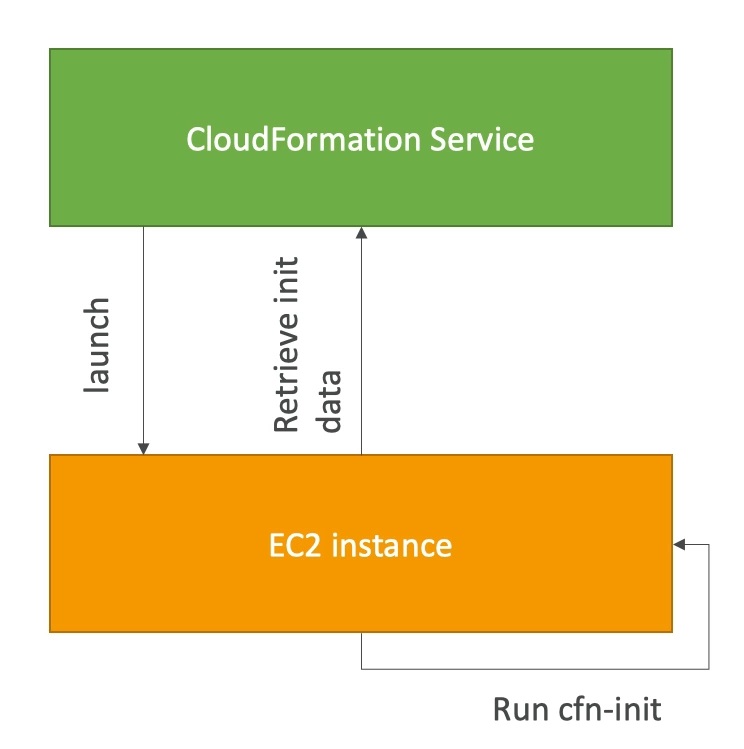 Cfn init is more readable way to install packages and modify the files on the system than user data way. 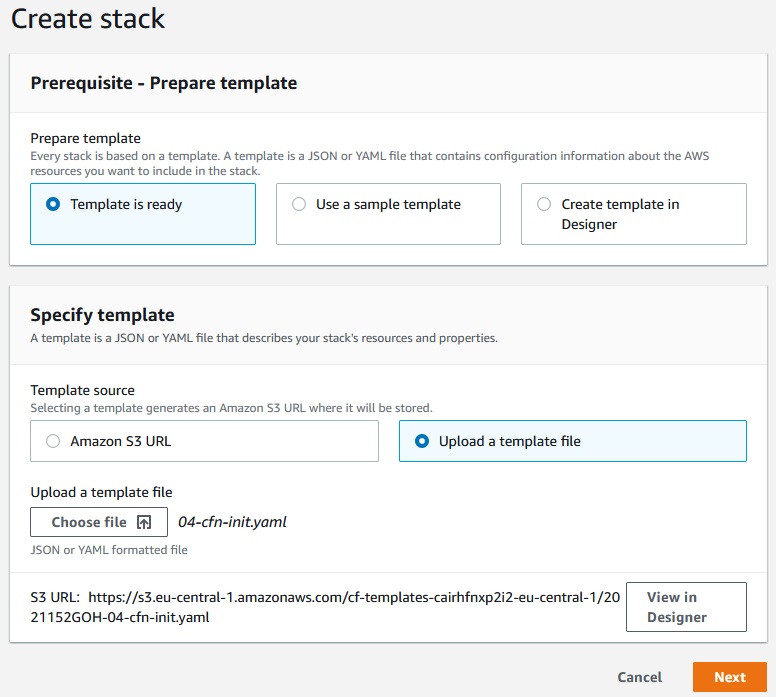 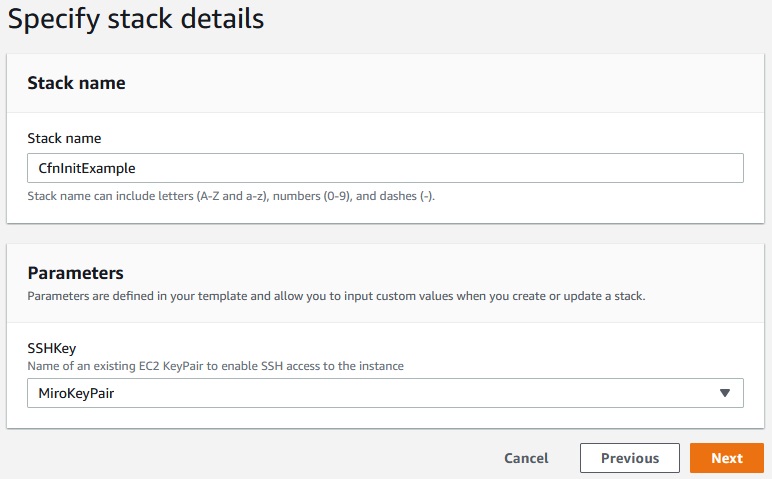 Now we can go to the url of the new EC2 instance:

If we need troubleshot: 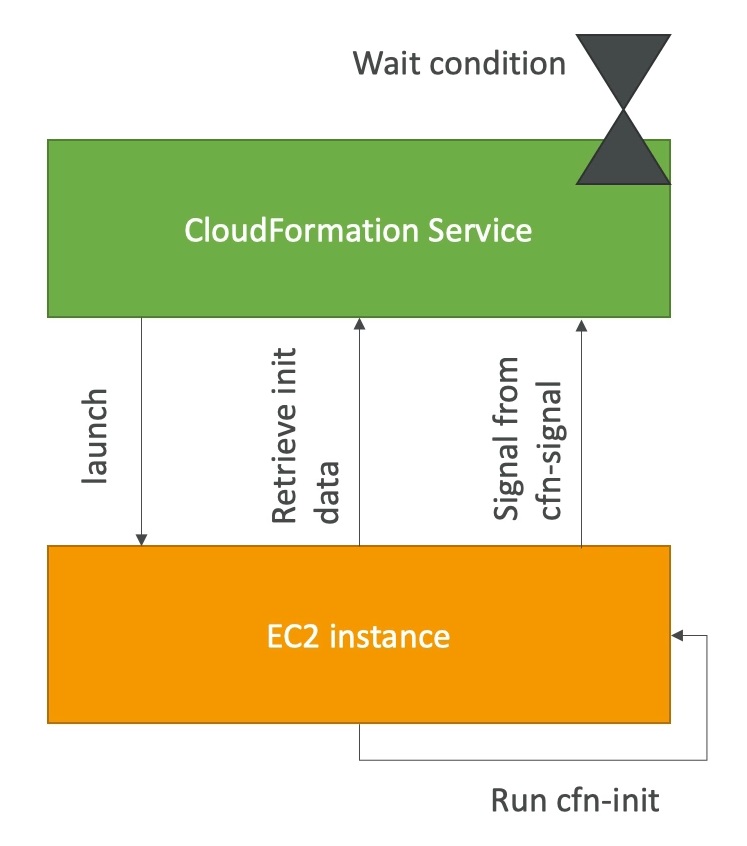 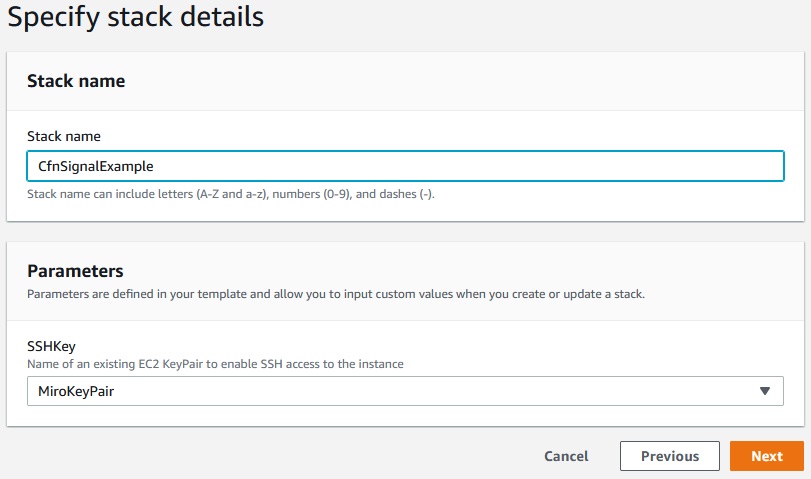 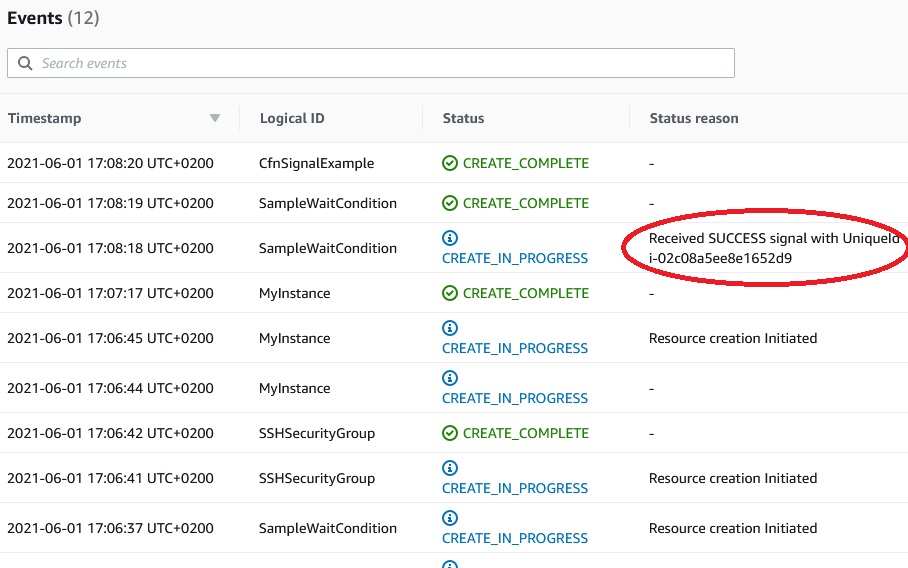 will exit with error 1. 1 is bad exit code, good is 0.  This will directly trigger cfn-init failure. 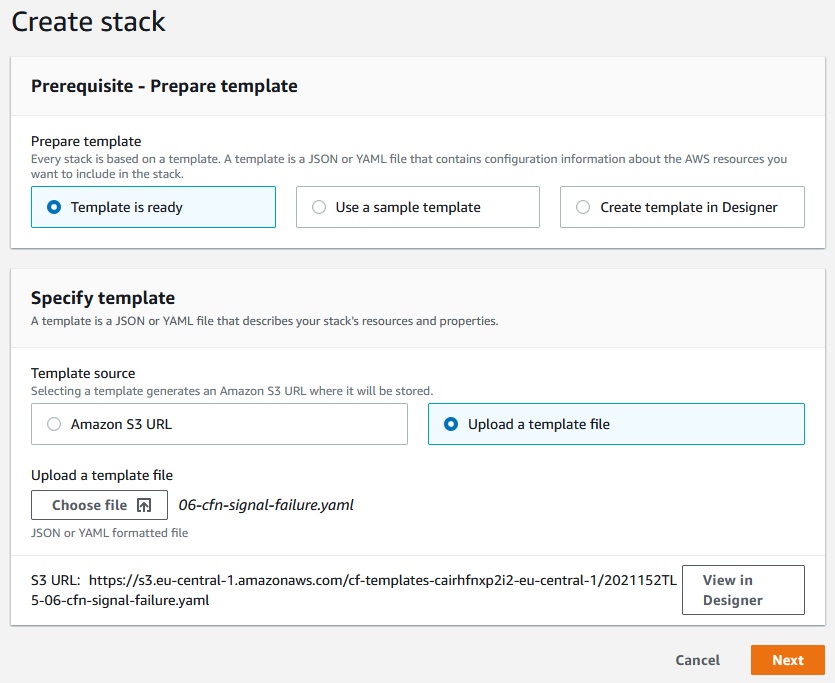 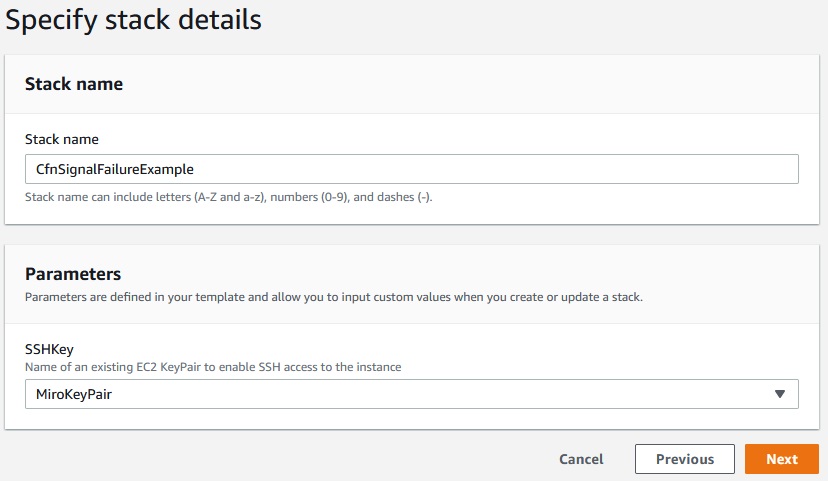 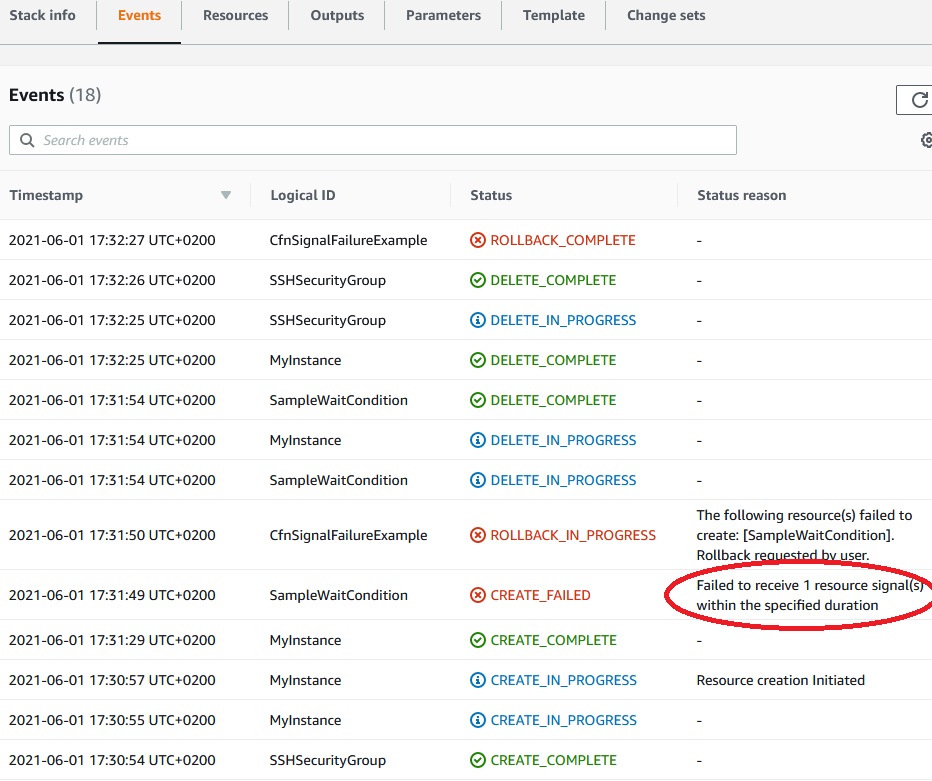 As the result all the stack has been roll backed.

We have such a yaml template: 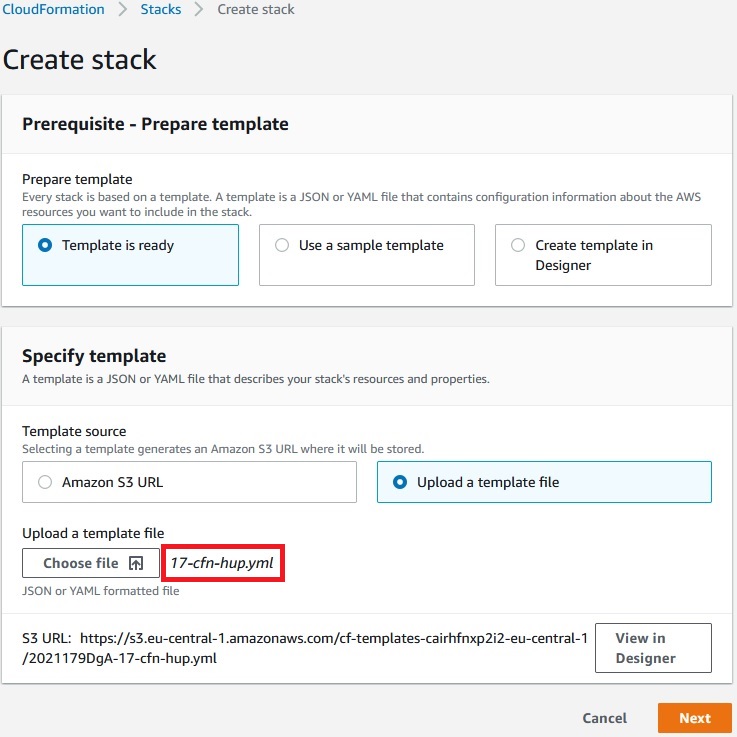 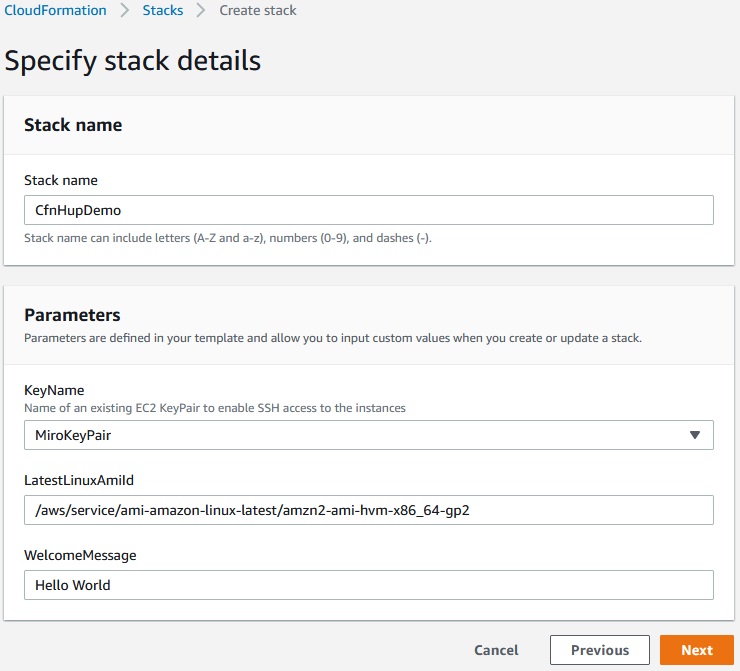 The stack has successfully been created 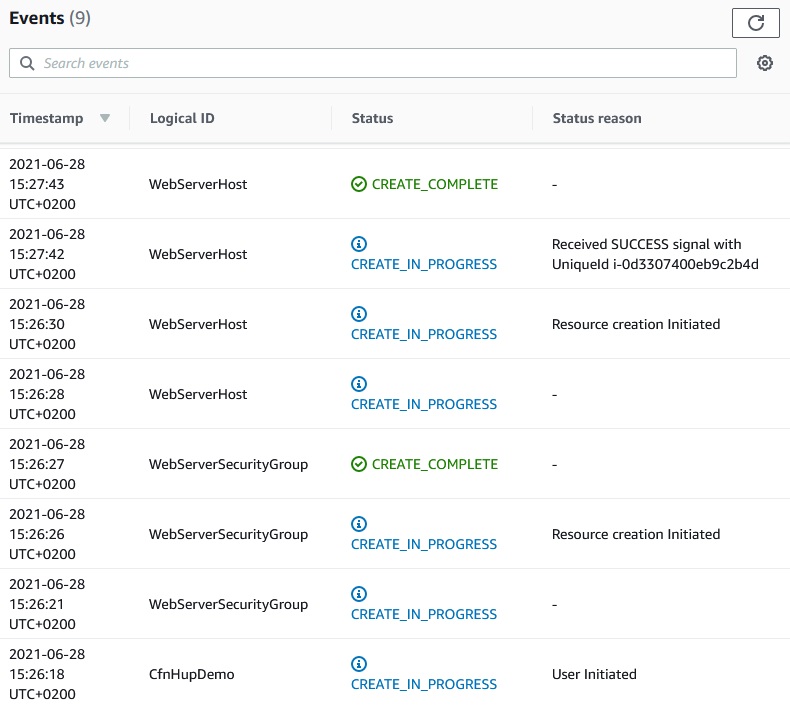 The http server on EC2 instance is up:

To get metatdata from EC2 instance let’s connect to it and run command: 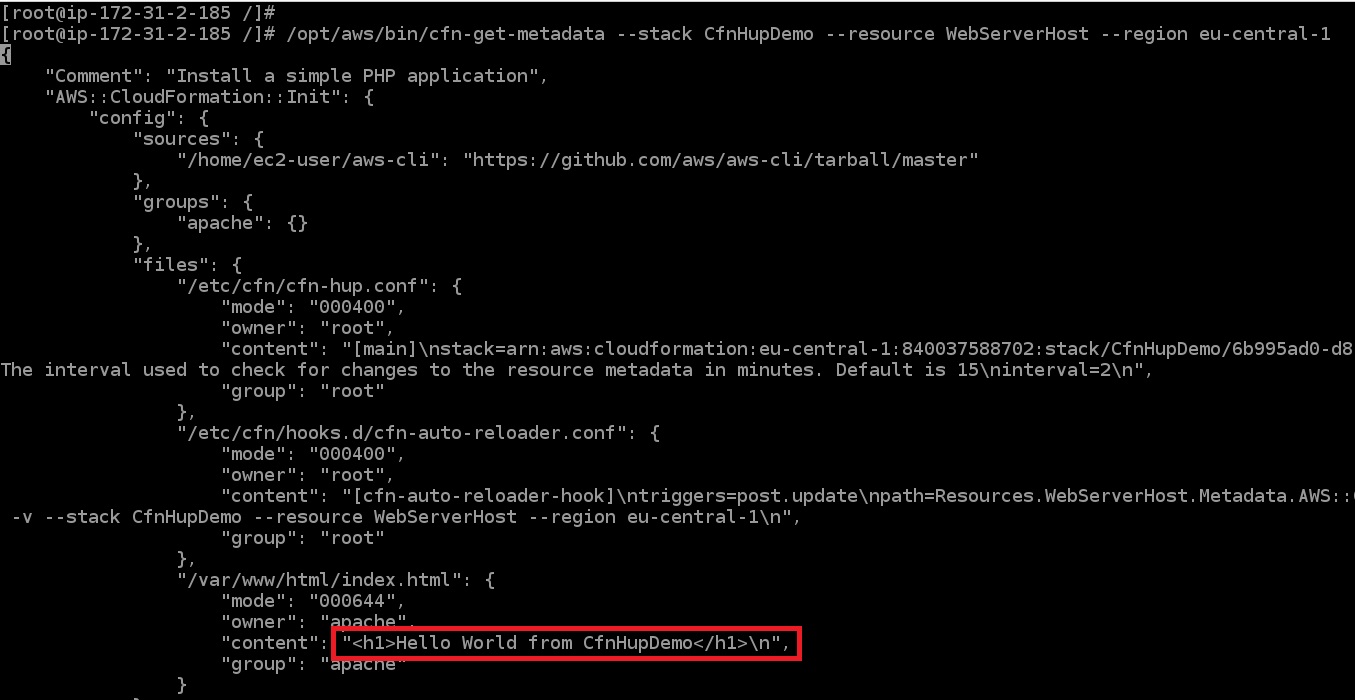 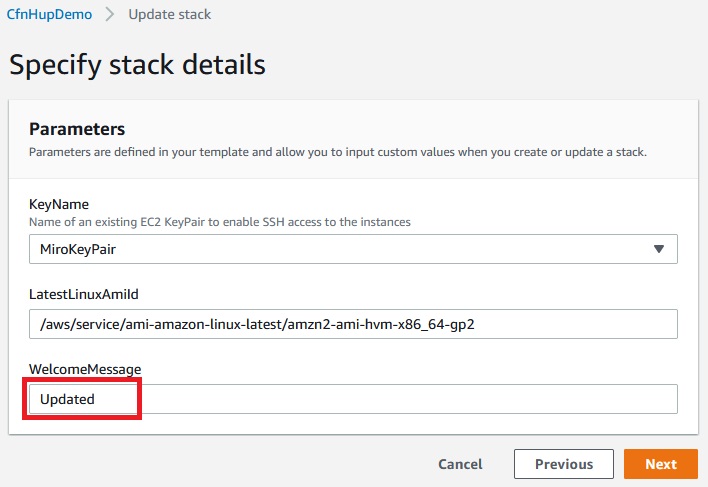 The meadata of EC2 instance has been changed: 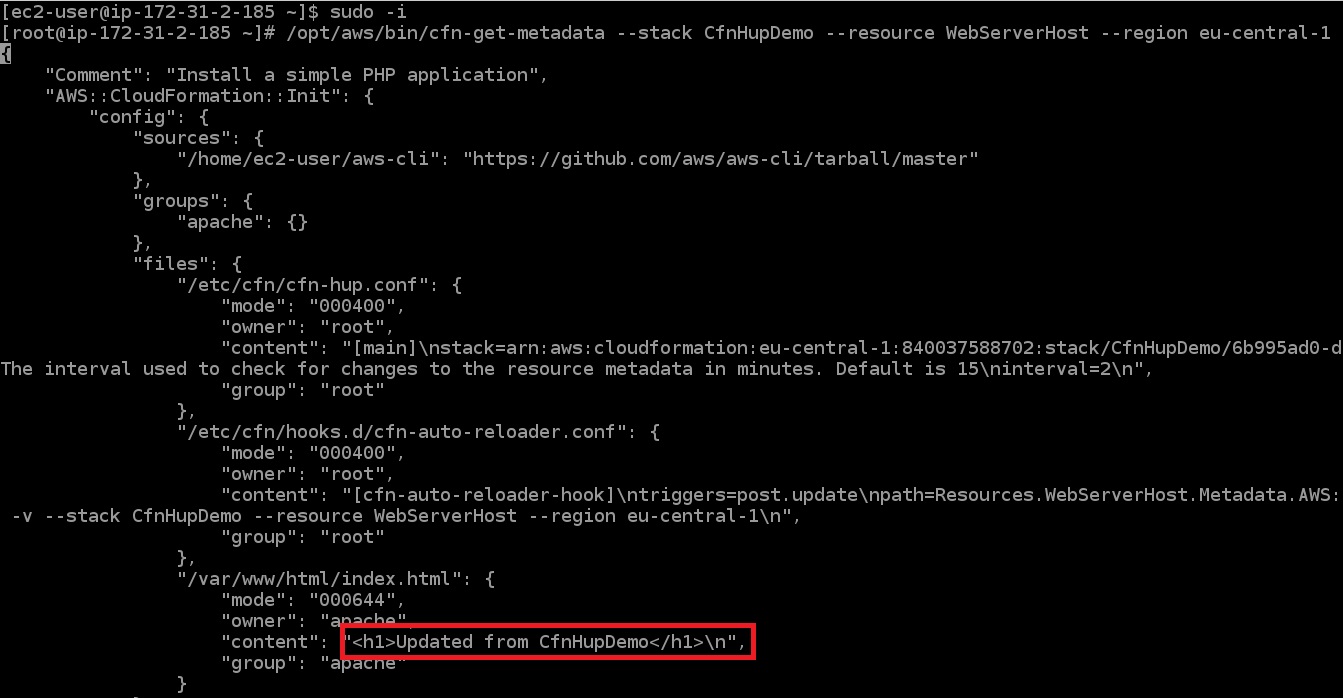 But the content of index.html bas been changed after 2 minutues: