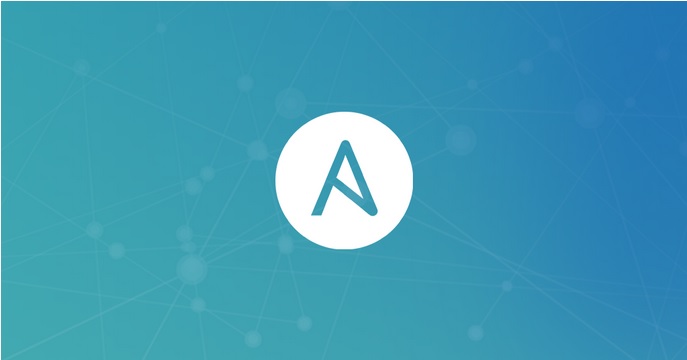 Ansible evaluates the return codes of modules and commands to determine whether a task succeeded or failed. Normally, when a task fails Ansible immediately aborts the plays, skipping all subsequent tasks.
However, sometimes an administrator may want to have playbook execution continue even if a task fails. For example, it may be expected that a particular command will fail.

There are a number of Ansible features that may be used to better manage task errors:

Ansible blocks and error handling
In playbooks, blocks are clauses that enclose tasks. Blocks allow for logical grouping of tasks, and can be used to control how tasks are executed. For example, administrators can define a main set of tasks and a set of extra tasks that will only be executed if the first set fails. To do so, blocks in playbooks can be used with three keywords:

The playbook below will copy url files from managedhosts.

Ensuring that http service is at started state at both servers.

Now we are running playbook5:

Ass you can see index.html is copied into /tmp directory

And remove index.html files from /tmp

When we run playbook5 now we will see errors:

Now we will write a playbook with error debugging::

And we can see the message about problems:

Run the playbook. Watch as the first task fails, resulting in the failure of the play.

Update the first task by adding the ignore_errors keyword with a value of yes. The updated task should read as follows:

Run the playbook and watch as the second task runs, despite the fact that the first task failed.

Create a block in the tasks section and nest the tasks into it. Remove the line ignore_errors: yes for the first task.

Move the task that installs the postfix package into the rescue clause. Update the task to also install the dovecot package.

Add an always clause. It should create a task to start both the postfix and dovecot services. Register the output of the command in the command_result variable.

Add a debug task outside the block that outputs the command_result variable.

The playbook should now read as follows:

Run the playbook, and watch as the rescue and always clauses run despite the fact that the first task failed.

To restart the two services every time, the changed_when keyword can be used. To do so, capture the output of the first task into a variable; the variable will be used to force the state of the task that installs the packages. A handlers section will be added to the playbook.

Update the task in the block section by saving the output of the command into the command_output variable.

Update the task in the rescue section by adding a changed_when condition as well as a notify section for the restart_dovecot handler. The condition will read the command_output variable to forcefully mark the task as changed.

Update the task in the always section to restart the service defined by the mail_service variable.

Append a handlers section to restart the dovecot service.

When updated, the tasks and handlers sections should read as follows:

Run the playbook. Watch as the handler is called, despite the fact that the dovecot package is already installed:

Run the playbook and watch the output of the play.

Run the playbook another time and watch the output of the play.

Despite the fact that the first task failed, Ansible executed the second one.

Insert a new task at the beginning of the playbook. The task will execute a remote command and capture the output. The output of the command is used by the task that installs the mariadb-server package to override what Ansible considers as a failure.

In the playbook, insert a task at the beginning of the playbook that executes a remote command and saves the output in the command_result variable. The play should also continue if the task fails; to do so, add the ignore_errors keyword. The playbook should read as follows:

Run the playbook to ensure the first two tasks are skipped.

Update the task that installs the mariadb-server package. Add a condition that indicates that the task should be considered as failed if the keyword Error is present in the variable command_result. The playbook should read as follows:

Before running the playbook, run an ad hoc command to remove the mariadb-server package from the databases managed hosts.

Run the playbook and watch how the latest task is skipped as well.

Update the task that installs the mariadb-server package by overriding what triggers the changed state. To do so, use the return code saved in the command_result.rc variable.

Update the last task by commenting out the when condition and adding a
changed_when condition in order to override the changed state for the task. The condition will use the return code the registered variable contains. The playbook should read as follows:

Update the playbook by nesting the first two tasks in a block cause. Remove the lines that use the ignore_errors conditional.

Nest the task that installs the mariadb-server package in a rescue clause and remove the conditional that overrides the changed result. The task will be executed even if the previous tasks fail.

Finally, add an always clause that will start the database server upon installation using the service module.

Once updated, the task section should read as follows:

Before running the playbook, remove the mariadb-server package from the databases managed hosts.

Run the playbook, and watch as despite failure for the first two tasks, Ansible installs the mariadb-server package and starts the mariadb service.

In this lab, you will install the Apache web server and secure it using mod_ssl. You will use various Ansible conditionals to deploy the environment.

Defining tasks for the web server
In the top-level directory for this lab, create the install_packages.yml task
file. Start by defining the task that uses the yum module in order to install the latest version of the httpd and mod_ssl packages. For the packages, use a loop and two variables: web_package and ssl_package. The two variables will be set by the main playbook.

Finally, add the task that starts the service defined by the web_service variable. When completed, the file should read as follows:

Defining tasks for the web server’s configuration
Create the configure_web.yml tasks file. Start with a task that uses the shell module to determine whether or not the httpd package is installed and register the output in a variable. Update the condition to consider the task as failed based on the return code of the command (the return code is 1 when a package is not installed). The failed_when variable will be used to override how Ansible should consider the task as failed by using the return code.

Create a block that executes only if the httpd package is installed (use the return code that has been captured in the first task). The  block contains the tasks for configuring the files. Start the block with a task that uses the get_url module to retrieve the Apache SSL configuration file. Use the https_uri variable for the url and /etc/httpd/conf.d/ for the remote path on the managed host.

Define another task that uses the unarchive module to retrieve the remote SSL configuration files. Use the ssl_uri variable for the source and /etc/httpd/conf.d/ssl/ as the destination. Instruct the task to notify the restart_services handler when the file has been copied.

Add the last task that creates the index.html file under /var/www/html/ on the managed host. The page should use Ansible facts and should read as follows:

Use the two following Ansible facts to create the page: ansible_fqdn and
ansible_default_ipv4.address.

Finally, make sure the block only runs if the httpd package is installed. To do so, add a when clause that parses the return code contained in the rpm_check registered variable. When completed, the file should read as follows:

Defining tasks for the firewall
Create the configure_firewall.yml task file. Define the task that uses the yum module to install the package that the fw_package variable defines (latest version of the firewall service – the variable will be set in the main playbook). Tag the task with the production tag.

Add the task that starts the firewall service using the fw_service variable and tag it as production.

Write the task that uses the firewalld module to add the http and https service rules to the firewall. The rules should be applied immediately as well as persistently. Use a loop for the two rules. Tag the task as production.
When completed, the file should read as follows:

Defining the main playbook
Create the main playbook.yml and start by targeting the hosts in the webservers host group. Define a block that imports the following three task files: install_packages.yml, configure_web.yml, and configure_firewall.yml, using the include statement.

For the task that imports the configure_firewall.yml playbook, add a condition to only import the tasks tagged with the production tag. Define the fw_package and fw_service variables with a value of firewalld.

Create the rescue clause for the block that installs the latest version of the httpd package and notifies the restart_services handler upon the package installation. Add a debug statement that reads: Failed to import and run all the tasks; installing the web server manually

Add an always statement that uses the shell module to query the status of the httpd service using systemctl.

Define the restart_services handler that uses a loop to restart both the
firewalld and httpd services.

When completed, the playbook should read as follows:

Ensure the web server has been correctly configured by querying the home page of the web server (https://serverb.example.com) using curl with the -k option to allow insecure connections (bypass any SSL strict checking):